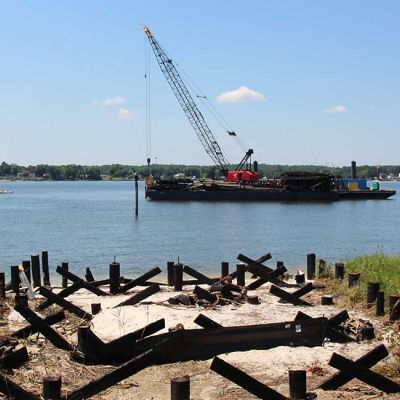 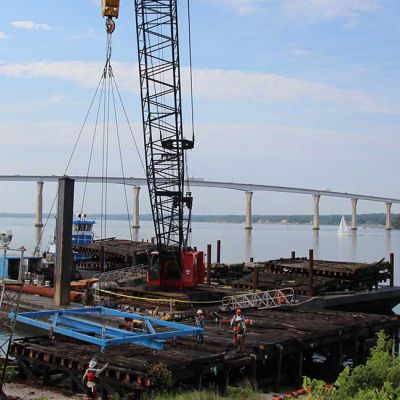 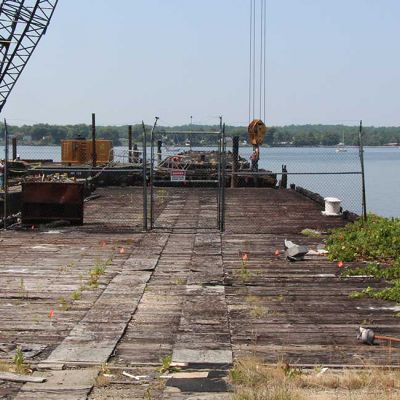 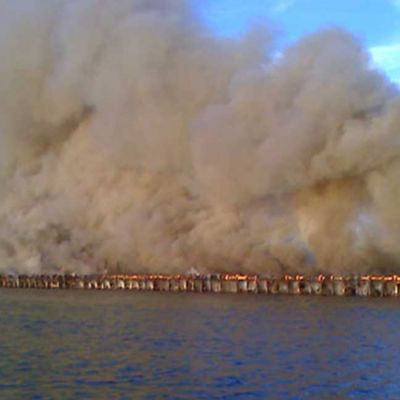 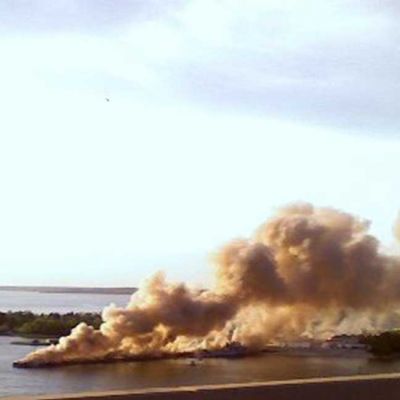 Asturian performed the demolition of a deepwater pier located in Maryland (Solomons Island, Demo Fuel Pier 51). The pier was constructed and utilized for training and testing of Naval weapons during World War II and other items following the war. The pier unfortunately set fire on 29 April 2009 and was determined to be a total loss. Our firm was awarded the project to demolish and remove the pier in its entirety. Demolition included the installation of turbidity curtains and other environmental measures to minimize and prevent disruption to native marine animal species and to ensure compliance with environmental protection standards. All salvaged wood timbers were sent to a recycling facility and sustainment practices were utilized.